We made a quick run over to Bratislava this weekend. The capital of Slovakia is only an hour by train from Vienna, and though I wouldn’t call it a major European highlight, it was a surprisingly charming stop.

Our AirBnB was located right next next to the American embassy, and we touched “American soil” for the first time in five months. 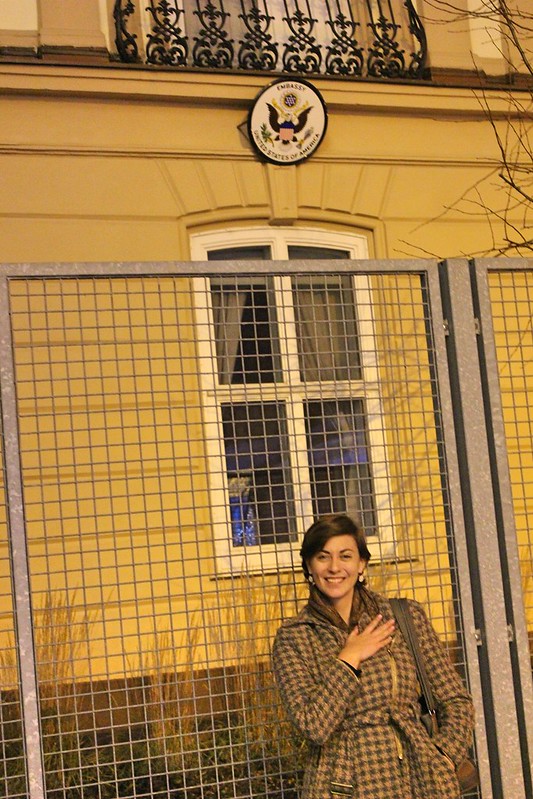 We poked a finger through the fence when the guard wasn’t looking.

The city’s main December attraction is a sprawling, crowded Christmas market, with distinctive red and white striped stalls. Most of the offerings are the same as what you’ll find at any Austrian market — though I did find Krampus chocolates, which are entirely absent from Vienna’s Christmas markets. 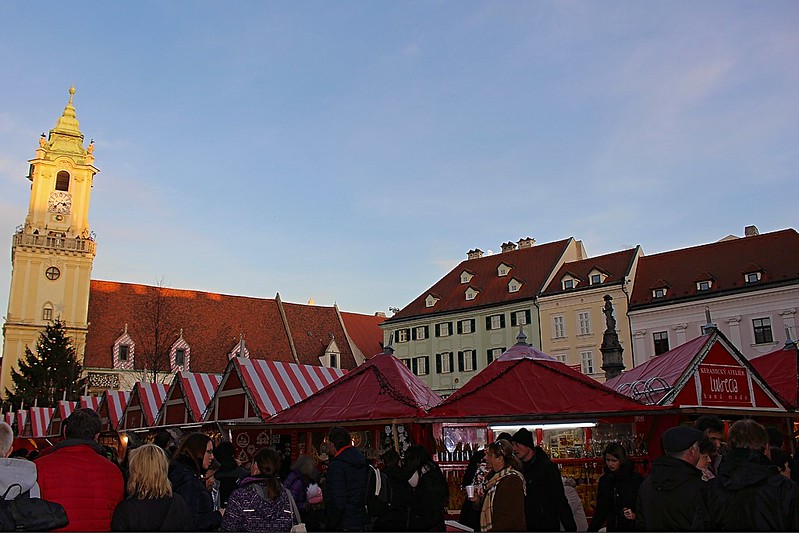 Here you drink punc, which is pronounced “poonk” and is made from rum and fruit.

We completed a walking tour of the Old City in a couple of hours, and by far, our favorite site was Modrý kostolík, or the Blue Church. Built in 1907, the church is practically brand-new for Europe. It was designed by a prominent Hungarian architect in Secessionist style (think Klimt). 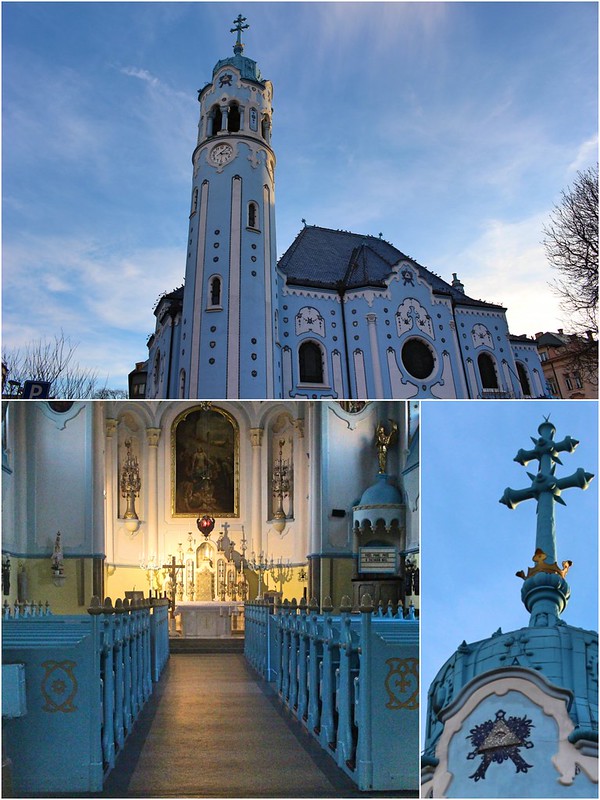 If you look close at the bell tower, you’ll see a Nazar, an ancient symbol that wards off the evil eye. 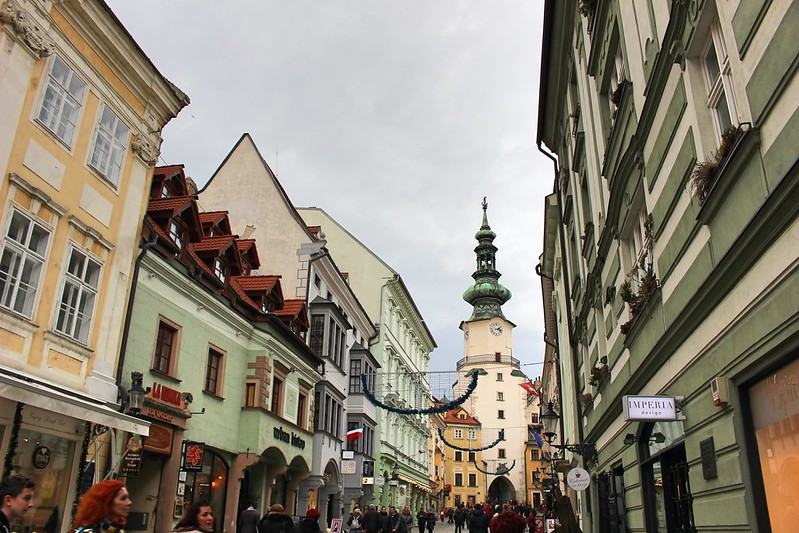 We had dinner at a traditional Slovak restaurant called Modrá Hviezda (Blue Star). Part of the restaurant’s dining room is set in the rocks that form the base of the Bratislava Castle. We had hearty meals with pork, rabbit, and walnut dumplings. 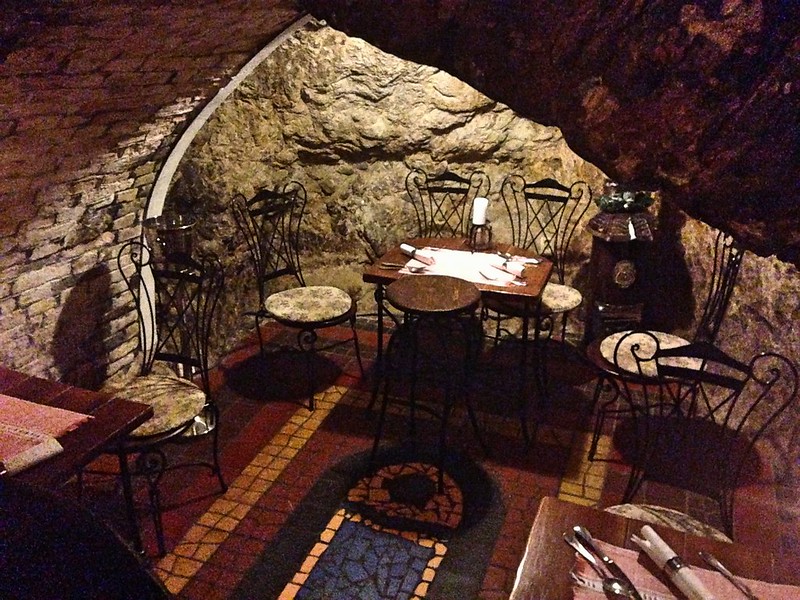 No, there is no fire escape. 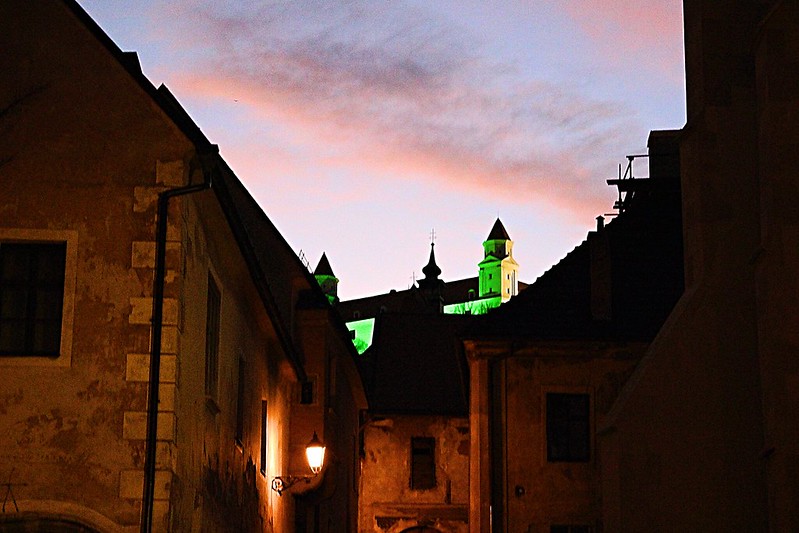 I have no idea why the Bratislava Castle is lit up in green.

After dinner, something caught our eye. Something in the sky … 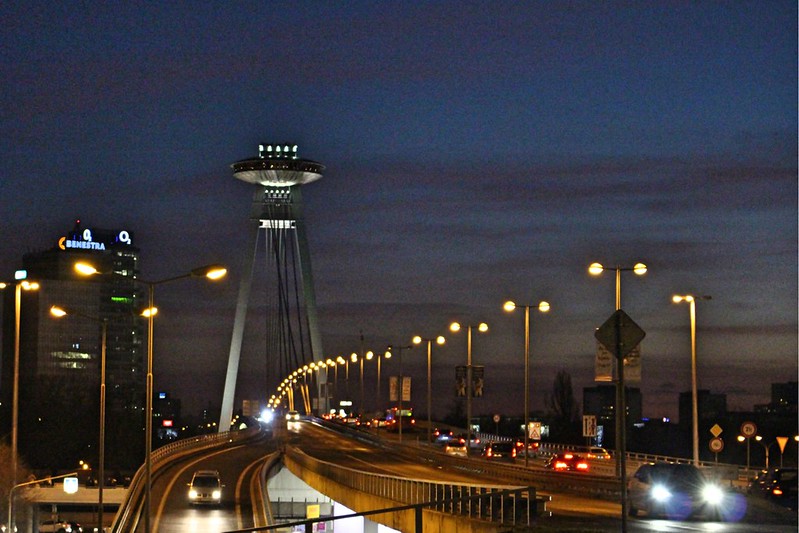 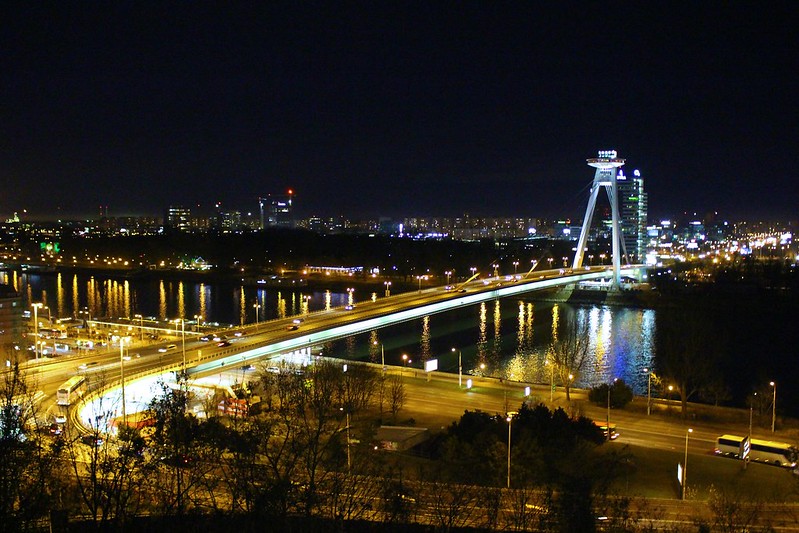 Okay, sort of. The UFO Bar towers almost 280 feet above the Danube River. See those white posts connecting the bar to the bridge? Yeah, the one to the left is the elevator, which shoots you up at an angle.

In the morning, we beamed up for a spectacular — and brutally windy — panorama of the city. 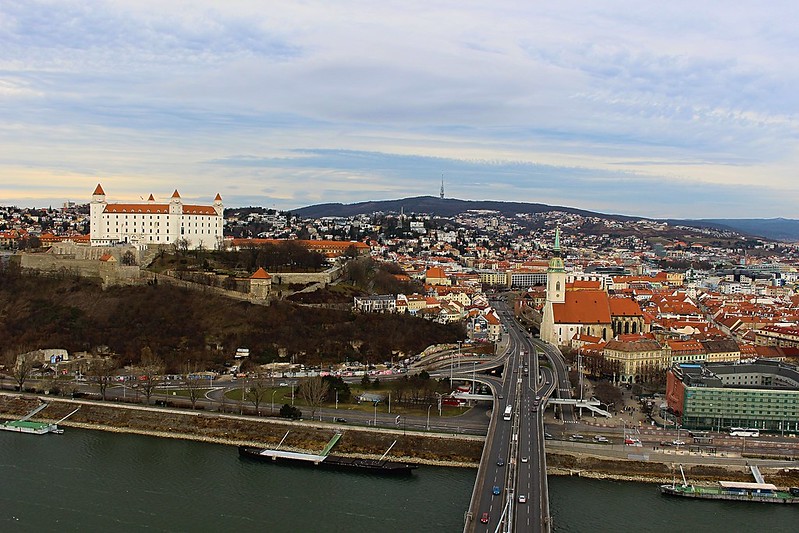 To the left is the Bratislava Castle. To the right of the highway is St. Martin’s Cathedral, which dates to the early 1200s and is the oldest structure in town. 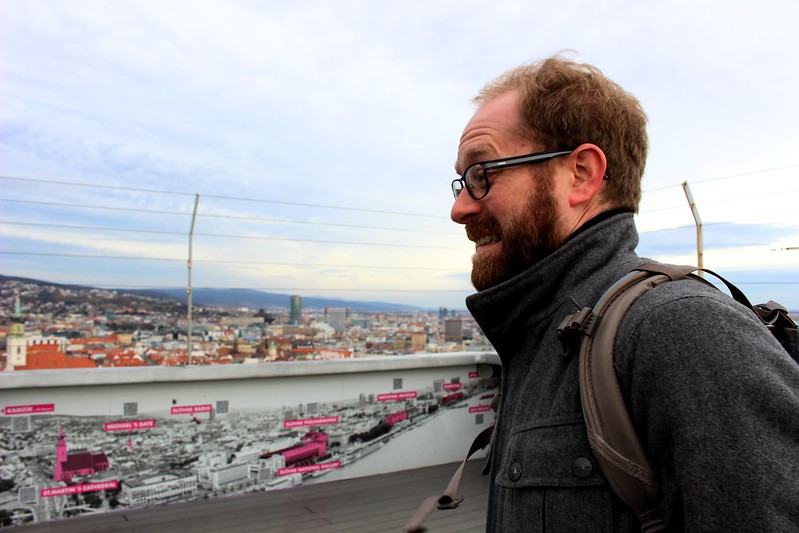 The entire tower swayed in the wind just enough to be noticeable. 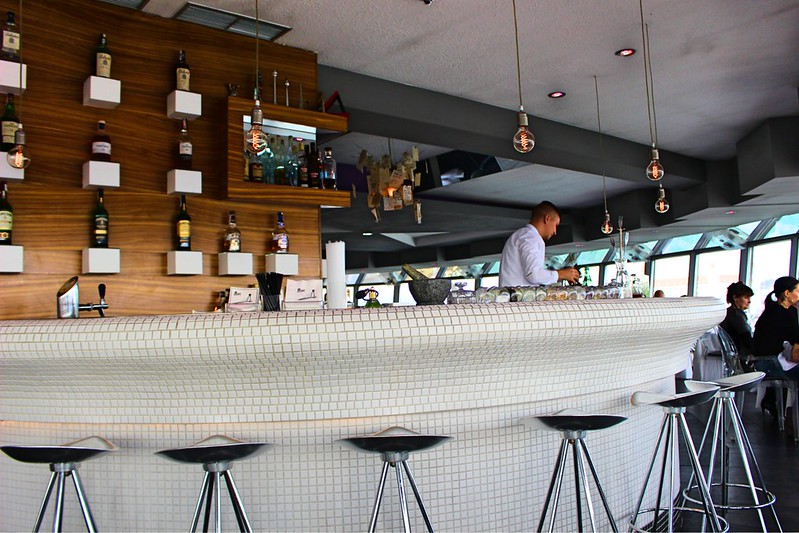 We took refuge from the wind inside the bar. Strangely, the aliens look a lot like us …

We then went for lunch at Bratislavský meštiansky pivovar, one of two craft breweries in Bratislava — a designation it barely earns by only offering two house beers. The food was great, though. I had a version of Halušky, the national dish of Slovakia, which includes sheep cheese-filled dumplings with bacon, fried onions, and sour cream. We were totally stuffed for the trip back to Vienna. Na zdravie! (To your health!) 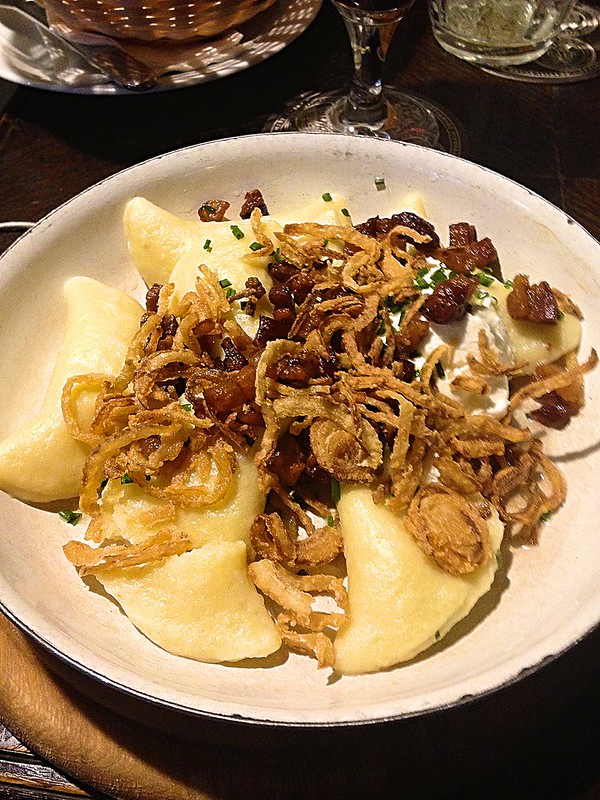 One thought on “Bratislava”