This weekend was Matt’s birthday! We started the day with a light brunch at Hübler, our favorite neighborhood cafe/konditorei, and a quick walk through the first district. Matt especially wanted to see Maria am Gestade, an overlooked church that’s one of the last authentic Gothic structures in Vienna. 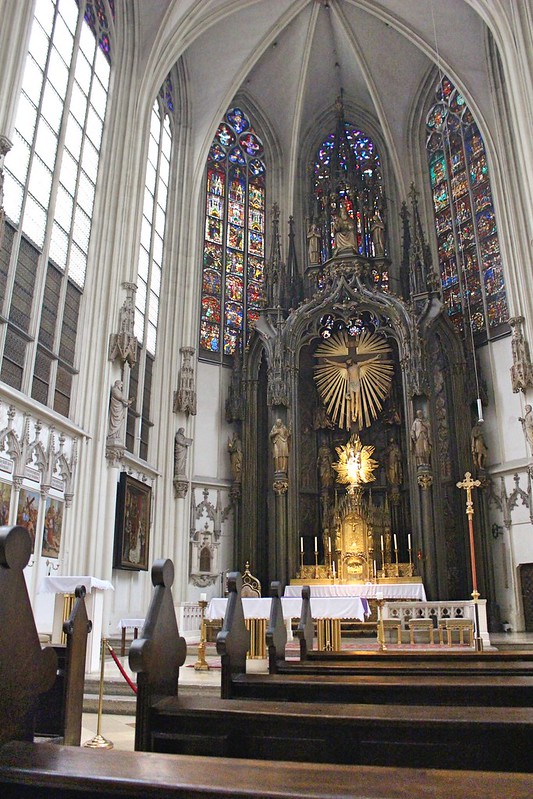 The church was finished in 1414. Napoleon used it as an armory and stable. 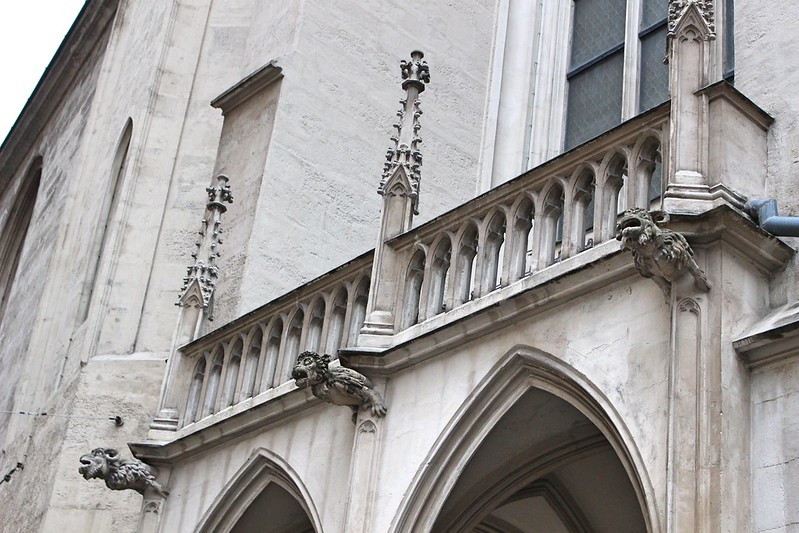 Since we celebrated Sandy’s birthday at a very old restaurant in Salzburg, we decided to stick with the theme for Matt’s, too. Old places make us feel young! 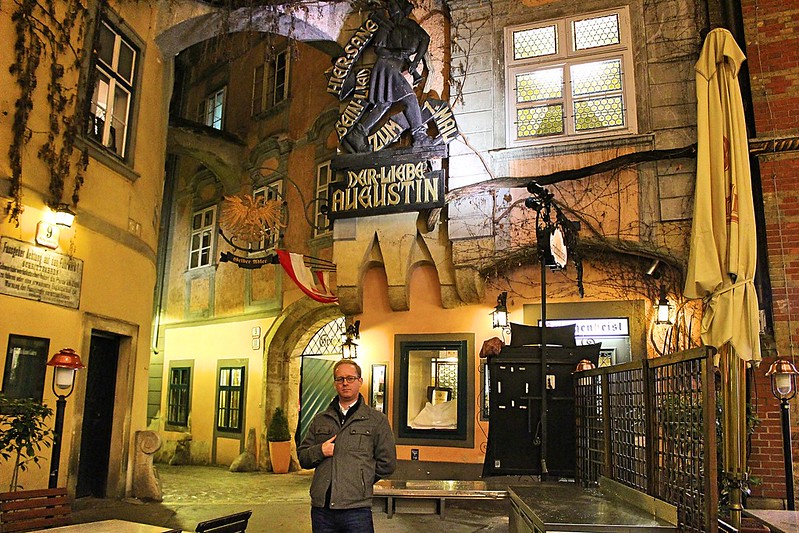 The Griechenbeisl (Greek tavern) is the oldest restaurant in Vienna and dates back to 1447. The sign in front doesn’t say the name of the restaurant, but instead commemorates a 17th-century bagpiper who frequented the Griechenbeisl and was rumored to be unkillable. In addition to the sign, the restaurant put a mannequin version of Augustin under a grate at the entrance. You can drop coins onto him as you walk across him, and yes, it’s a little odd.

Anyway, Augustin wrote a song at the Griechenbeisl:

We reserved a table in the most famous parlor, called the Mark Twain room. It’s covered in signatures by famous people, though the waiter was careful to note the real ones from the forgeries. On the real list: Mark Twain (obviously), Egon Schiele, Beethoven, Phil Collins, and David Hasselhoff, which apparently excites the German visitors. On the fake list: Mozart and Snoop Dogg. 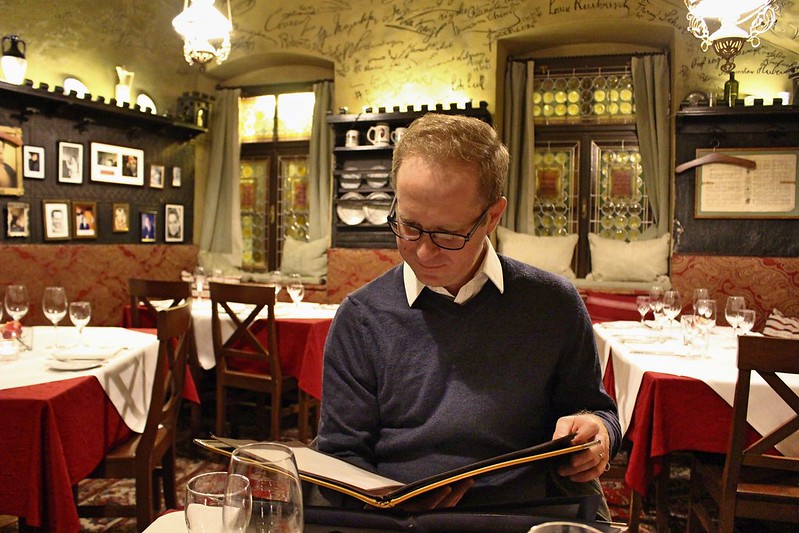 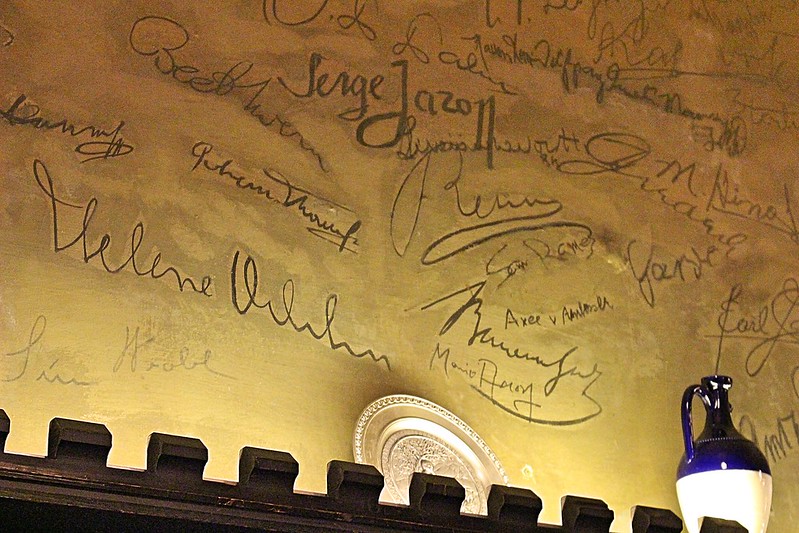 Beethoven’s signature is near the upper left corner.

We had the parlor pretty much to ourselves, though other patrons with less hip table placements regularly popped in to take photos and get the signature tour from a waiter with a long stick.

As for the food: Matt says the Wiener schnitzel was the best he’s had in Vienna, and Sandy’s Styrian dumplings were good, too. We were too stuffed for a piece of cake at the end, but we’re still calling this birthday a success. 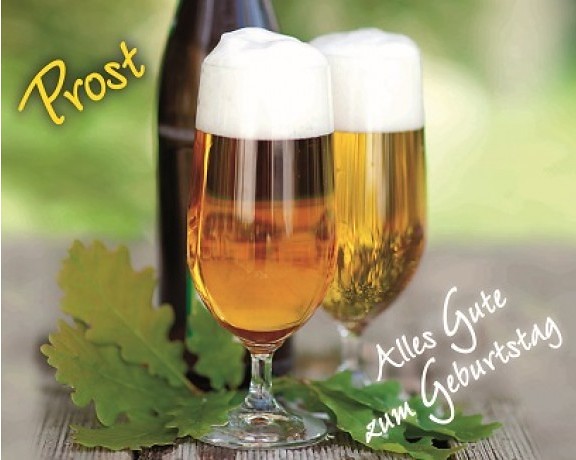