The cure for anything is salt water — sweat, tears, or the sea. (Danish writer Karen Blixen)

February is a tough time to be a lot of places, and Vienna is no exception. Volatile weather, gray skies, cranky people — this month is not our adopted city’s finest, and we were very much in need of a getaway.

And what better place to design an uplifting weekend than Copenhagen, capital of the world’s happiest country and a headquarter of Scandinavian style?

Design Concept #1: Proximity
The relationship between elements, as established by a focal point 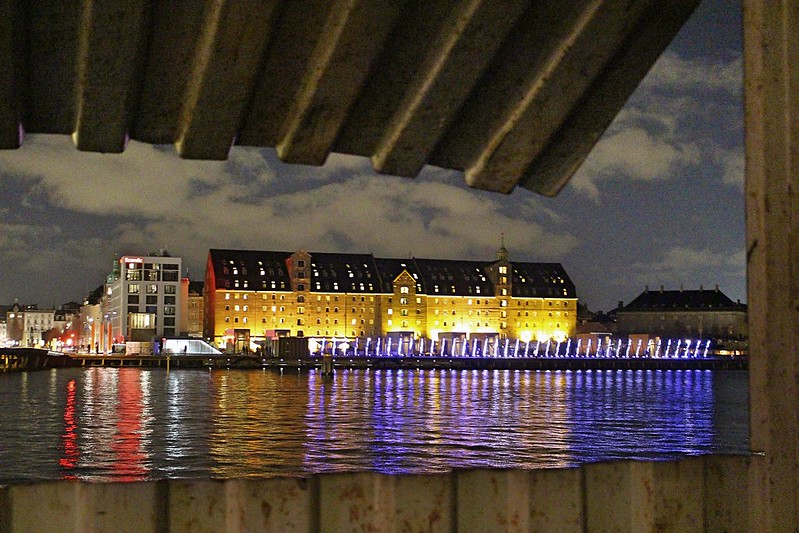 The Admiral Hotel, from Paper Island.

The rumors are true: Copenhagen is expensive. But we got lucky and found an off-season deal at the Admiral Hotel, a four-star hotel that’s within walking distance of almost all of the city’s big attractions. Sure, the historic granary-turned-resort may be haunted, and sure, we may have actually heard the ghost rolling balls and moving furniture above us all night long, but hey, a deal’s a deal. 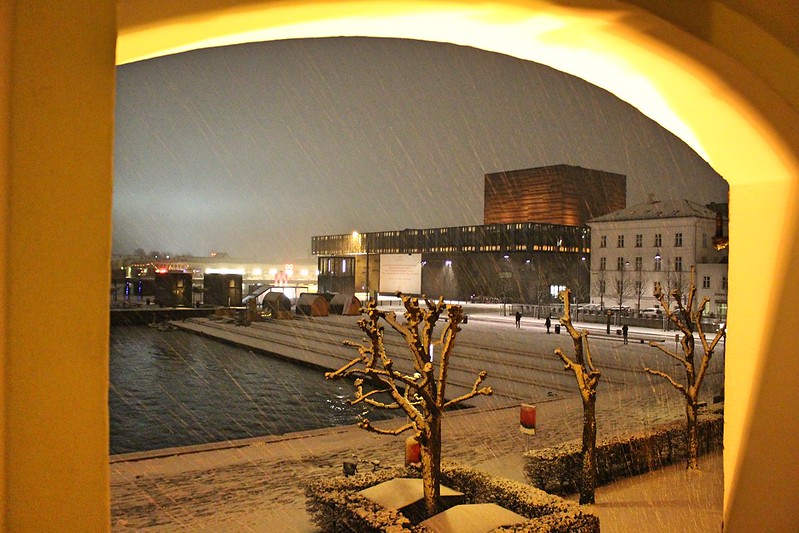 The view from our room. No, the weather didn’t exactly cooperate our first night in town.

Design Concept #2: Mimicry
The tendency to copy elements from nature or pre-existing environments 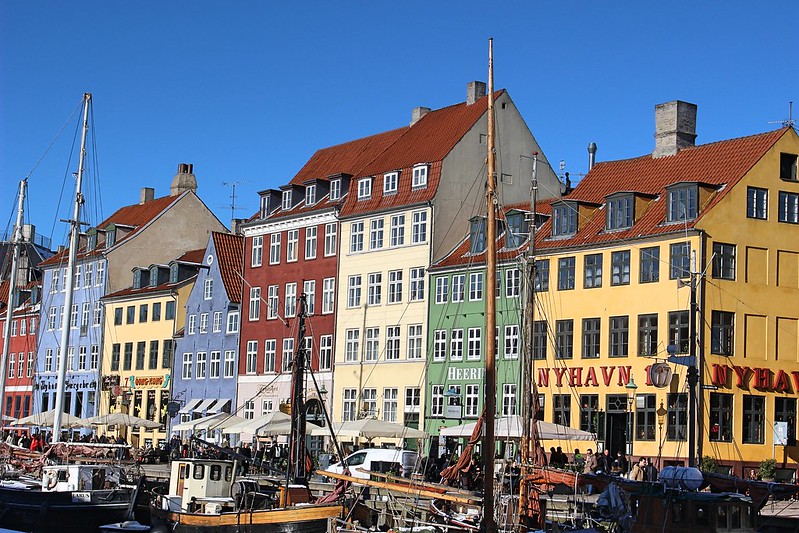 Nyhavn is Copenhagen’s oldest canal, and its two-block stretch of colorful townhouses is the city’s most iconic (and most photographed) backdrop. Hans Christian Andersen lived here, but Nyhavn isn’t where you’ll find living Danish culture today, especially in February. The harbor bars and restaurants closed much earlier than we expected, which left us scrambling to find a pizza on our first night in town. (We did manage to meet this guy, though!) 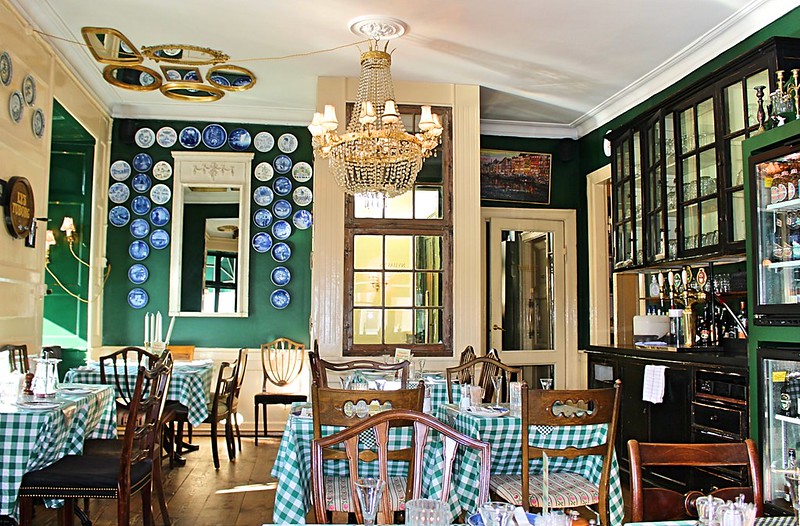 Many of the restaurants along Nyhavn are modeled on the interiors of old ships.

In the morning, we gave Nyhavn a second shot. For brunch, we tried smørrebrød, or traditional Danish open-faced sandwiches, at a restaurant called Nyhavns Færgekro. 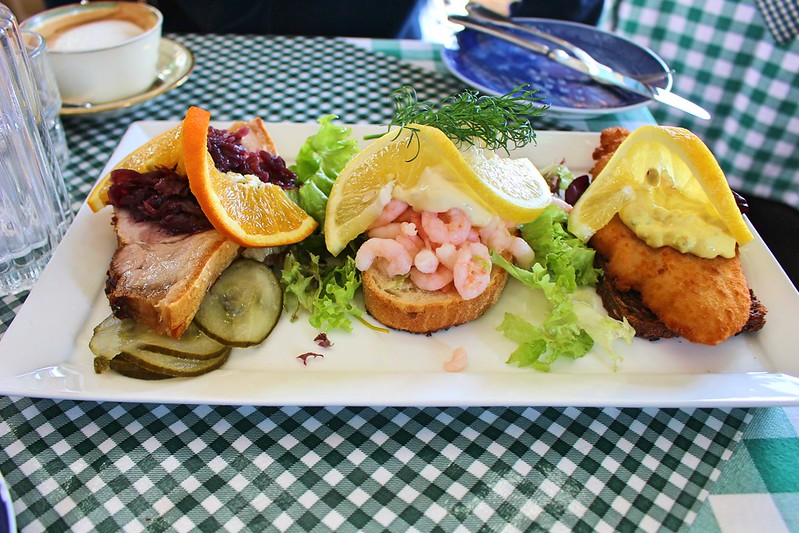 I’ll admit that cold prawns and fried fish may not be everyone’s top choice for a morning meal, but the platter was a hearty start to a busy day. After brunch, we hopped on a boat tour that floated us past most of the city’s major architectural highlights. It was also really cold. 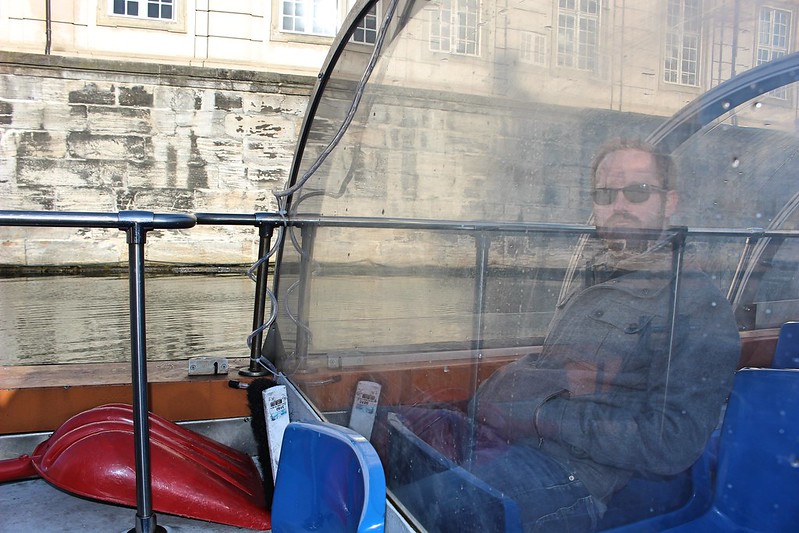 Matt stayed inside the heated enclosure. 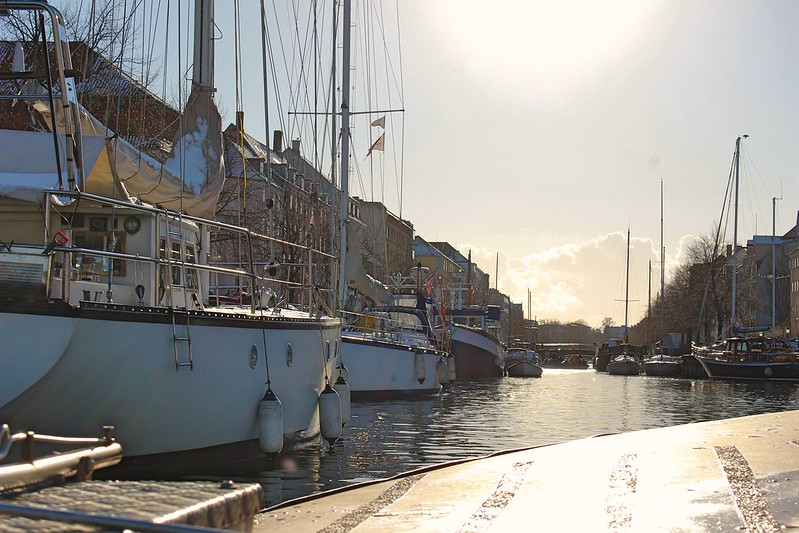 I ventured onto the deck to get photos like this one. You’re welcome.

Design Concept #3: Unity & Harmony
The integration of disparate elements in support of a larger whole 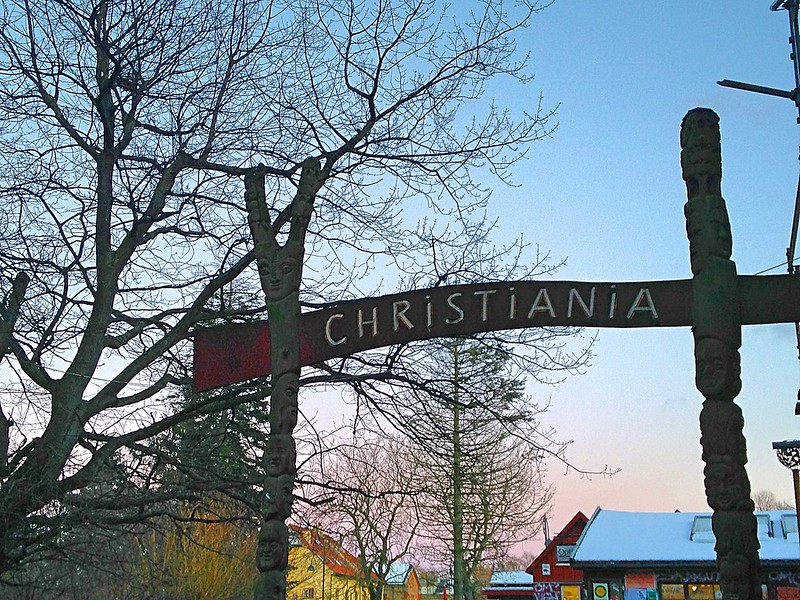 Freetown Christiania isn’t exactly like Amsterdam’s Red Light District. Or like San Francisco’s Haight-Ashbury. Or New Orleans’s French Quarter. Sure, Christiania shares some common elements with the world’s great party districts, but it’s really a muddy, anarchic thing of free-lovin’ beauty all its own. 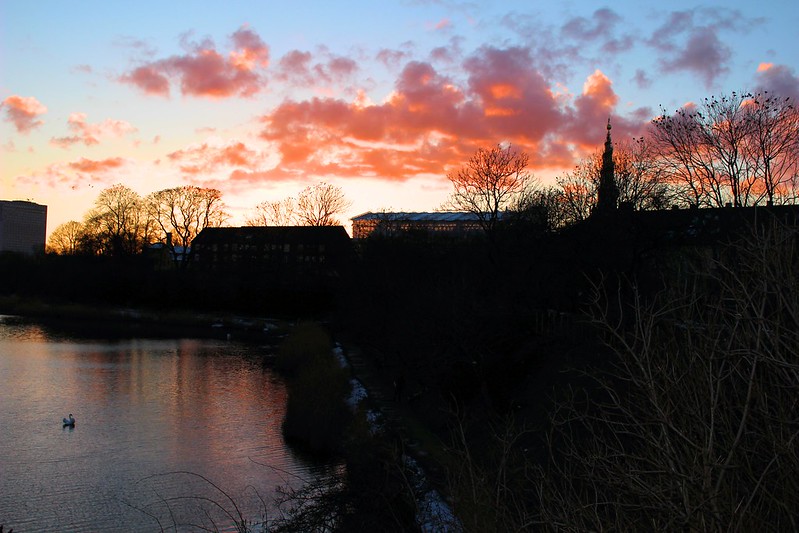 Sunset from a ridge in Christiania.

In 1971, a group of squatters declared the Christiania neighborhood to be an independent territory from Denmark. The exceedingly tolerant Danish government was … tolerant, and Freetown has persisted despite periodic episodes of hand-wringing over its future. Photos are mostly discouraged, but this isn’t a place well served by sweeping panoramas anyway. Christiania is, first and foremost, a community of artists, and if you’re too busy watching the drug show on Pusher Street, you’ll miss the thousands of colorful public works that adorn almost every Freetown wall. 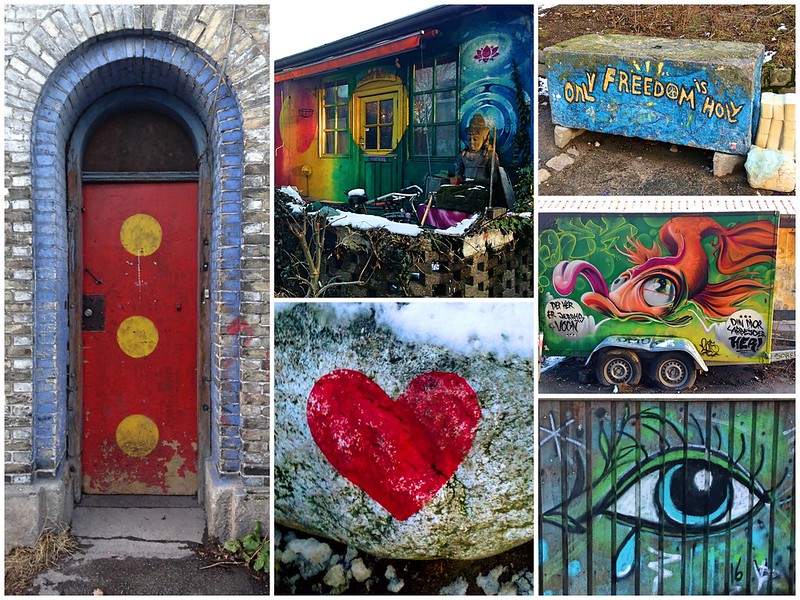 (Okay, fine, the real truth is that if you’re not careful where you point your camera, you’ll end up with a middle-aged nudist in the background, waving from his window. So, graffiti pictures!) 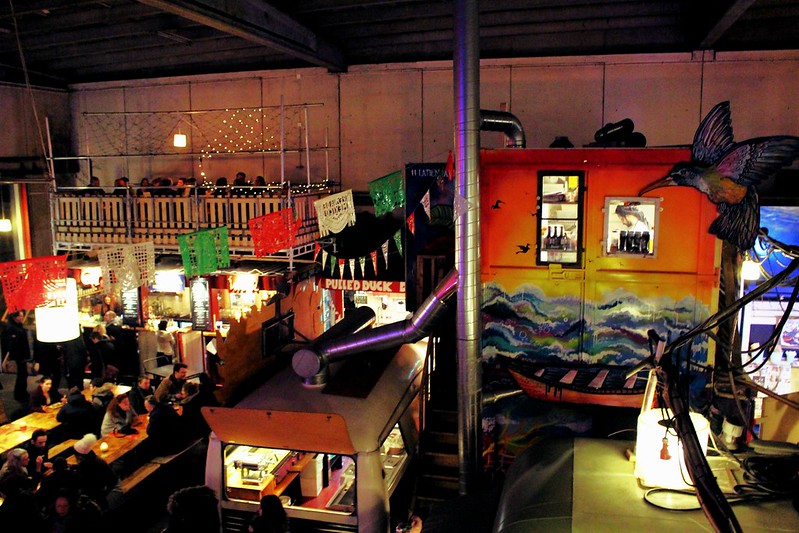 Papirøen, or Paper Island, is a floating food market that’s part of an experimental and somewhat controversial new development plan for Copenhagen’s waterfront. It’s a mashup of shipping containers, food trucks, outdoor bonfires, a disco cow suspended from the ceiling, and the best cheap eats in town. 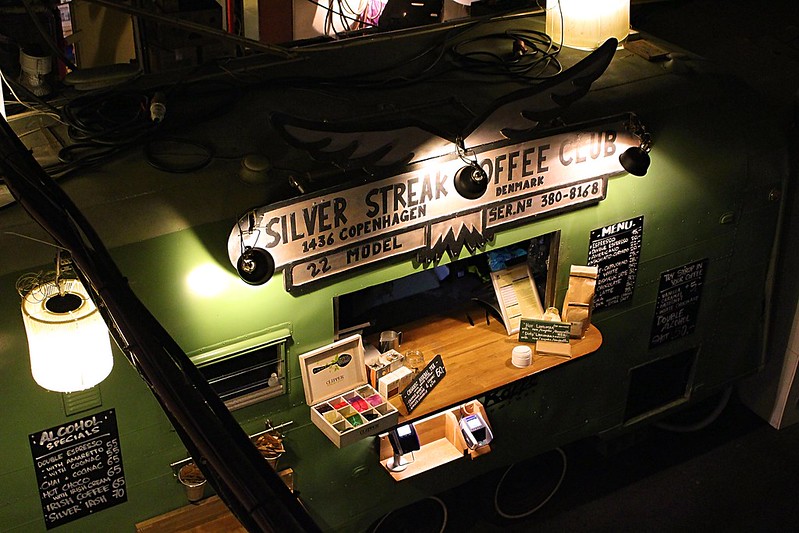 In the morning, we came back for breakfast.

Design Concept #5: Scale
The size of an element in relation to other objects or to the human body 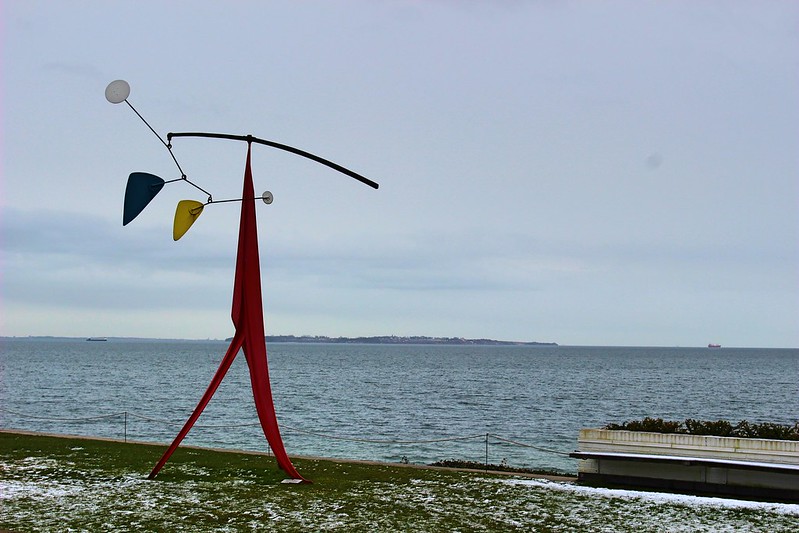 A piece by U.S. artist Alexander Calder points the way to Sweden, which you can see in the background.

The Louisiana Museum of Modern Art had us intrigued from the moment we heard its name. (Fun fact: the museum has no connection to the state of Louisiana; the founder picked the name because he happened to marry three women who were all named Louise.) To get there, we trained north of Copenhagen through forests and gentle hills to the charming hamlet of Humlebæk. 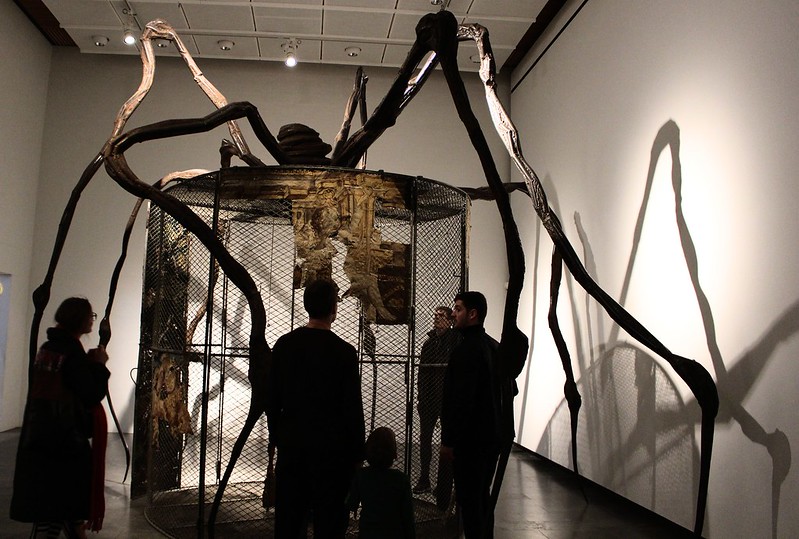 Yes, that’s a spider. This is one of the tamer exhibits.

The Louisiana is a big museum in every way. Big compound, big installations, big ambitions. We spotted a couple of Warhols prints and a sketch by Picasso, but our favorite was a gallery dedicated to William Kentridge, a South African artist who makes and projects surrealist videos onto large walls. Here’s a clip to get a flavor of it — though it’s a totally different experience to stand in the middle of the room and watch the figures move around you.

Design Concept #6: The Veblen Effect
The belief that an element is desirable because it is more expensive than its alternatives

After our big museum day, we opted for small portions of New Nordic cuisine at the upscale Geist (“spirit”). Located a block from the empty Nyhavn restaurants, this place was totally packed. We were lucky to get a couple of stools at the bar, but the effort was worth it. Mead and mezcal cocktails, lumpfish, kale — THIS is Scandinavian fusion at its best. 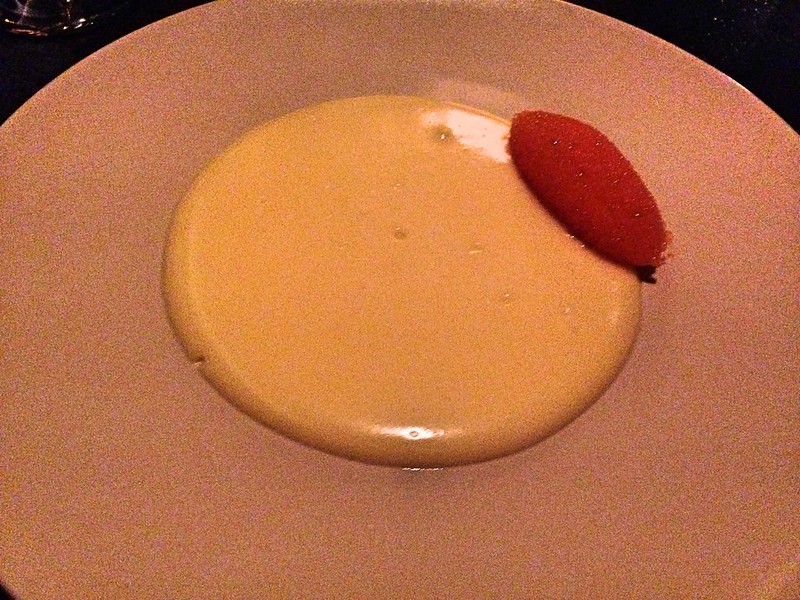 Design Concept #7: Hierarchy
The appearance that one element is more important than all other elements 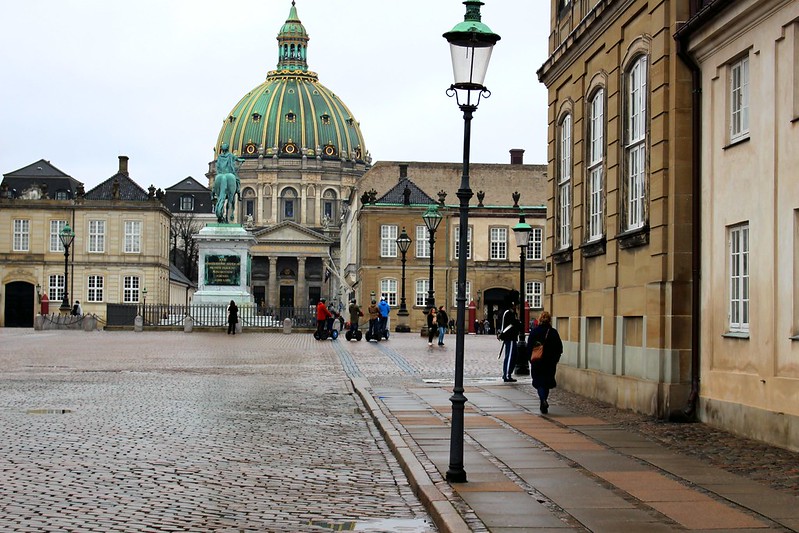 The view from the Amalienborg Palace courtyard.

Like any good European city, Copenhagen boasts a lovely domed church and a palace compound, complete with royal guards in fuzzy hats. Unlike most European countries, though, Denmark still has an active monarchy. Thanks to a special flag over the palace, we knew that Queen Margrethe II was in town. Sadly, our schedules didn’t work to meet for a glass of acquavit.

Design Concept #8: Balance
The even distribution of elements in order to create structure and stability

Just down the road from the palace is the Designmuseum Danmark, a museum dedicated to Denmark’s influence on contemporary design and style. 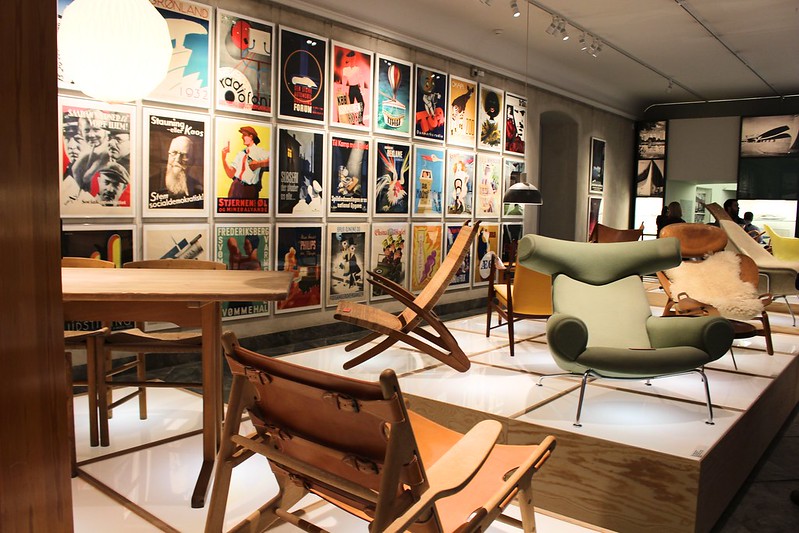 The main attraction? The hall of chairs, which is exactly as it sounds. 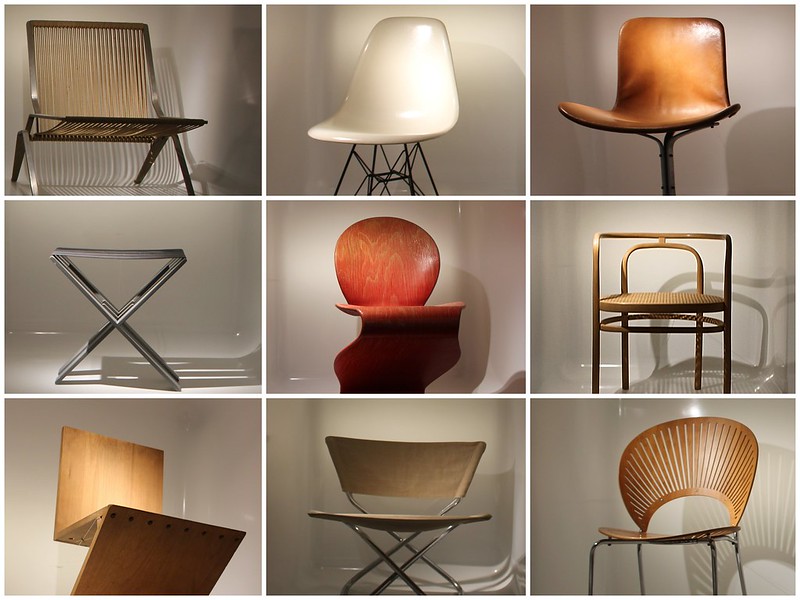 Design Concept #9: Wabi Sabi
The acceptance of — and appreciation for — imperfection and transience 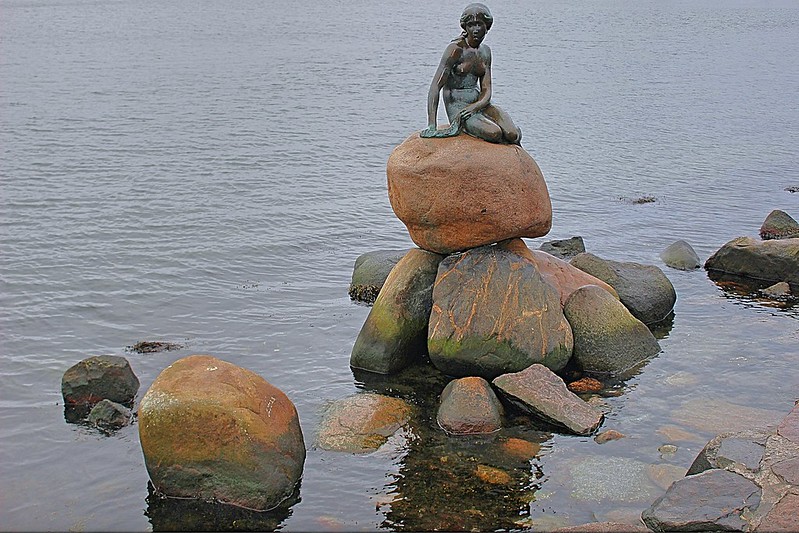 The Little Mermaid statue was our last stop before hopping on a driverless train back to the airport. Den lille Havfrue has had a rough go since she was first bolted to her boulder in 1913. Over the years, she’s had her head sawed off twice and has suffered the indignities of bad paint jobs and crude items glued onto her hand.

But even though she’s a damaged and weathered little creature, the Little Mermaid never takes her eye off the prize: her beloved North Sea. Maybe, just maybe, she’ll get there one of these days.

All photos by Sandra Knisely.
Advertisement