The semester started at the Universität this month, and we took a month off from traveling as Matt re-adjusts to teaching. We decided to play tourist in Vienna again, since fall is kind of a special thing around here.

Heurigers are the Viennese wine taverns located along the edges of the city, and they’re often adjacent to small, family-run vineyars. Mayer am Pfarrplatz is a particularly well-known heuriger, since it’s right down the street from the house where Beethoven lived in 1802 as he descended into deafness and despair. 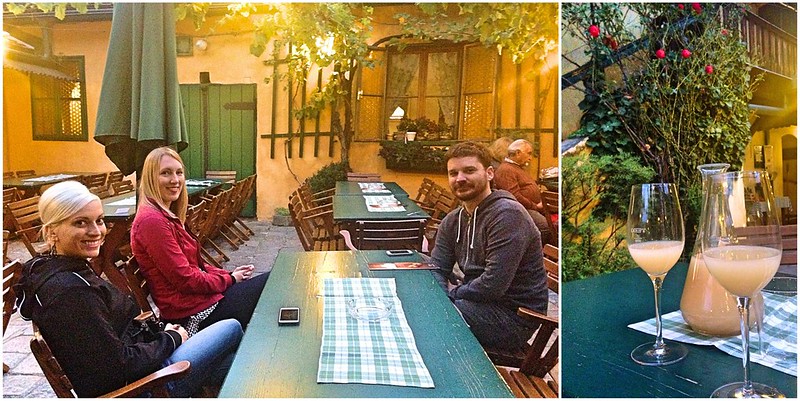 Mayer am Pfarrplatz is a cheery place, though, with seasonal menus and sturm — the best medicine I’ve found so far for coping with Vienna’s dreary fall weather. Once a year, from about early September to mid October, Vienna celebrates Sturmzeit, or “sturm time.” Sturm is really, really young wine, meaning you’re basically drinking fermented grape juice. (It tastes a lot like cloudy apple cider.) Sturm doesn’t keep for very long and can make a bottle explode if you try to cork it. So, there’s really nothing else to do with it except to drink it up quickly with some buddies.

The fall colors were more subtle than spectacular up until the last week of October, when the trees just exploded. It was just the excuse I needed to try out my new DSLR camera …

We ditched the tourists at the front of the palace to explore the garden trails behind it. If not for the occasional marble statue or elaborate bird cage, we’d have almost thought we were back in a Wisconsin state park. Almost. 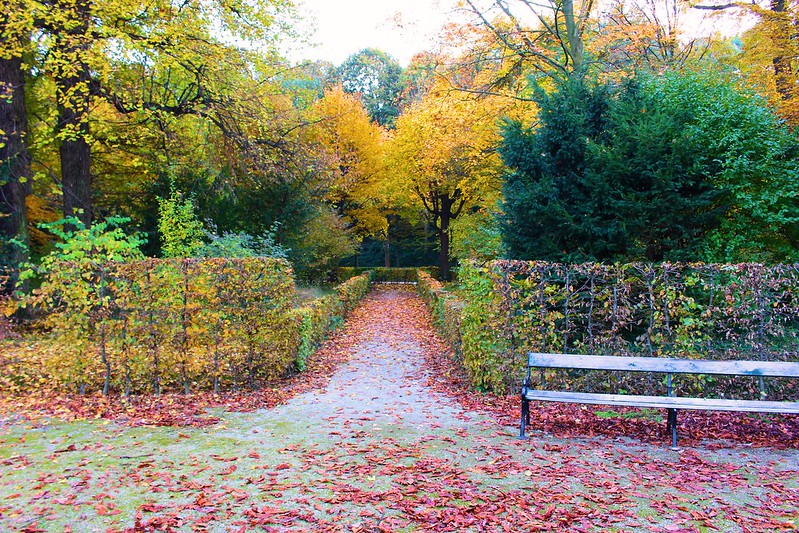 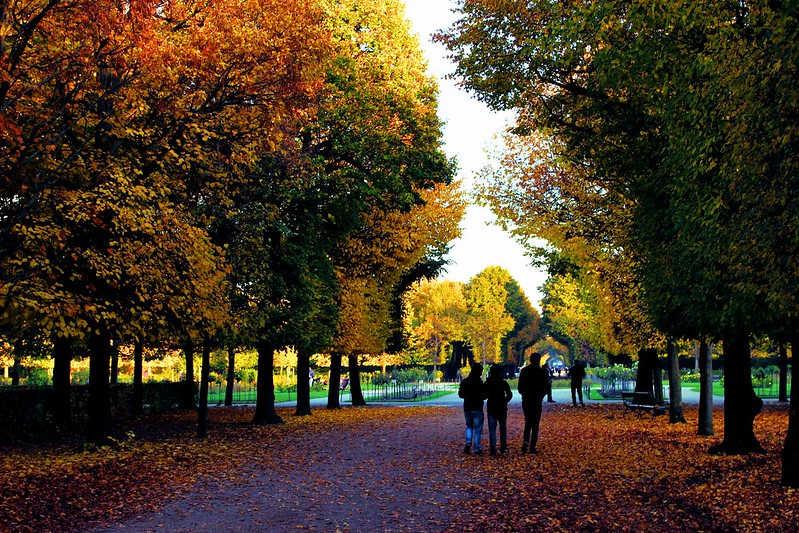 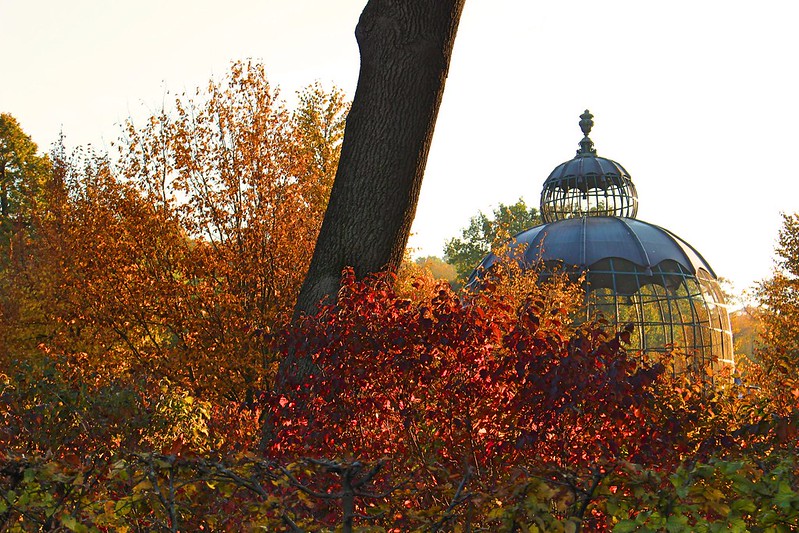 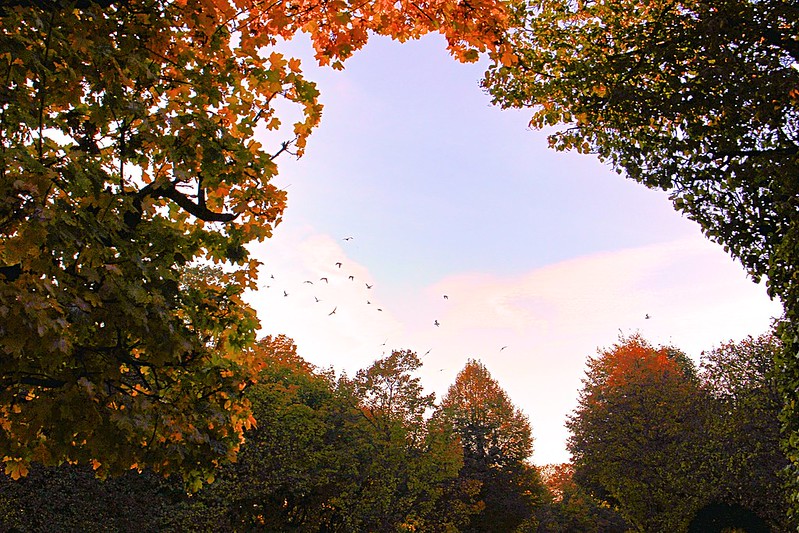 Located smack dab in the middle of the city center, this park is a popular spot for lunch breaks. And of course there’s a coffee “shop.” 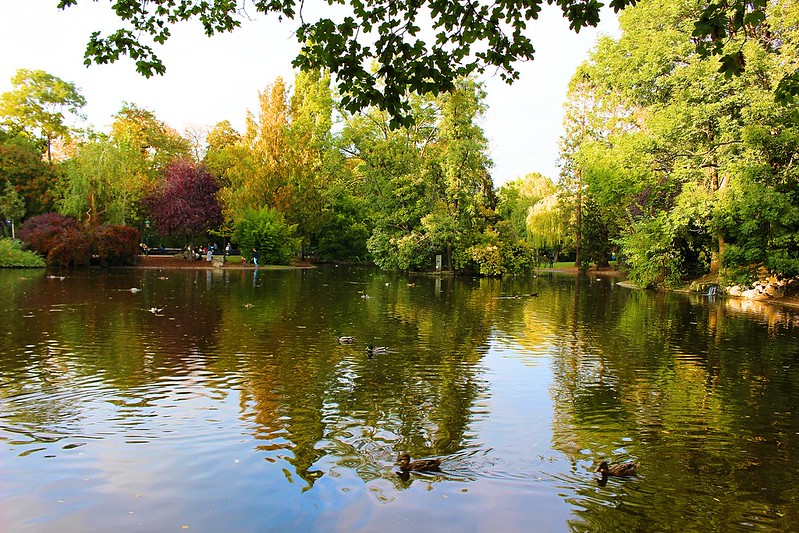 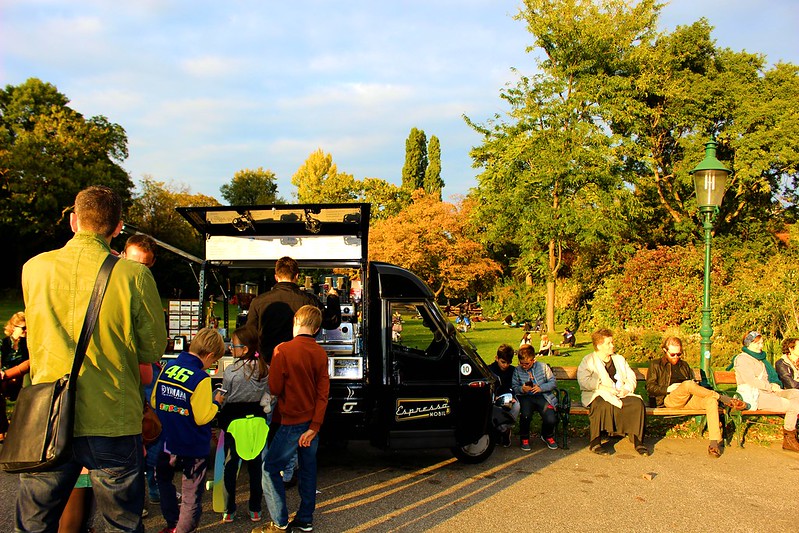 We live close to Yppenplatz, an up-and-coming neighborhood that blends the city’s Turkish and Balkan communities with trendy university students. At the heart of it is the Brunnermarkt, Vienna’s second-largest street market. This time of year, you’ll find Turkish tapestries next to smelly Alpine cheeses and grotesquely large Kürbisse, pumpkins. Look to the right — yes, that ugly green monstrosity is what they call a pumpkin around here. 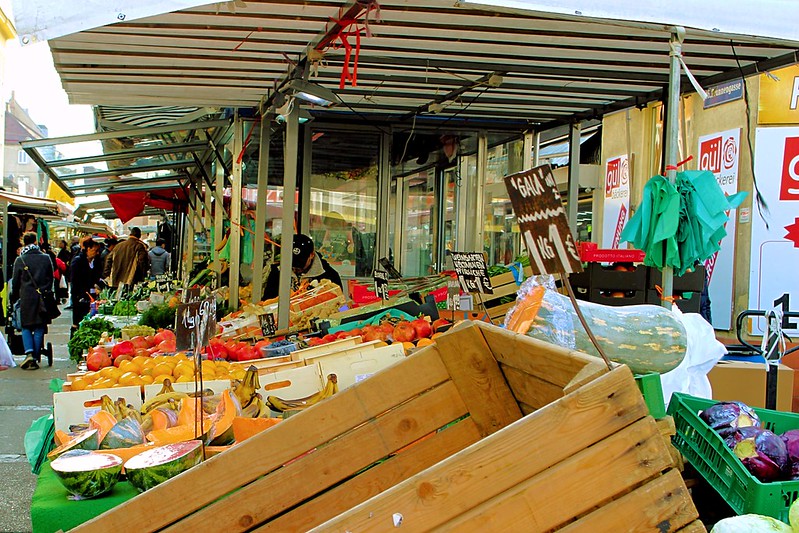 In early October, Lebkuchenherzen were all over the street markets. Lebkuchen are cookies that are kind of like gingerbread, but not as sweet (or as good). If you flatten the cookies into hard, dry hearts and scrawl words on them in crusty icing, you get to sell them as pricey, “authentic” Lebkuchenherzen. We saw them frequently in Munich last month, since they’re popular Oktoberfest souvenirs. I bit into one, and let’s just say my first was my last. 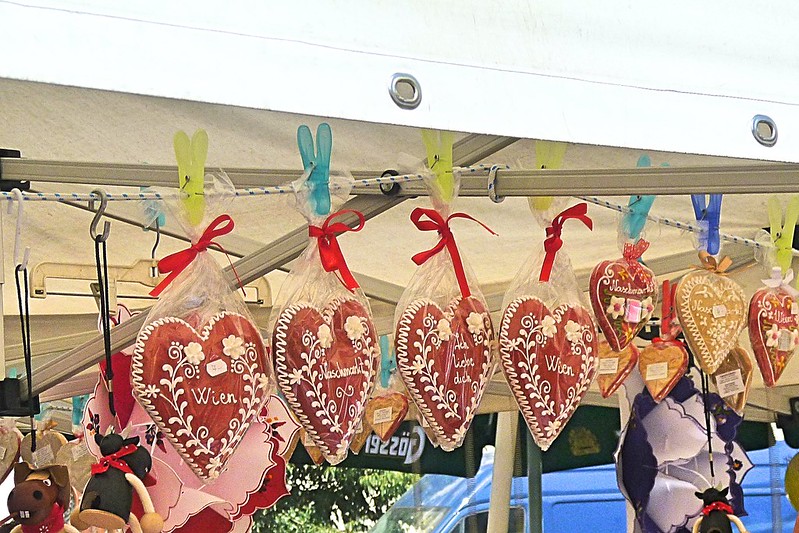 Nacht der Museen/Night at the Museums

Once every fall, Vienna’s museums stay open really late, and you can duck in and out of dozens of them with only one ticket. The large museums attract giant lines, so we opted for some attractions off the beaten path instead. (I only had the iPhone on this adventure, so sorry for the grainy photos.)

This medieval chapel was uncovered only a few decades ago during subway excavations. It’s a crypt that was originally below the small Mary Magdalene chapel that was once located off to the side of St. Stephan’s Cathedral. The chapel is long gone, though there’s an outline of where it once stood on the street above. The crypt about 12 meters below the cathedral. It’s chilly down there. 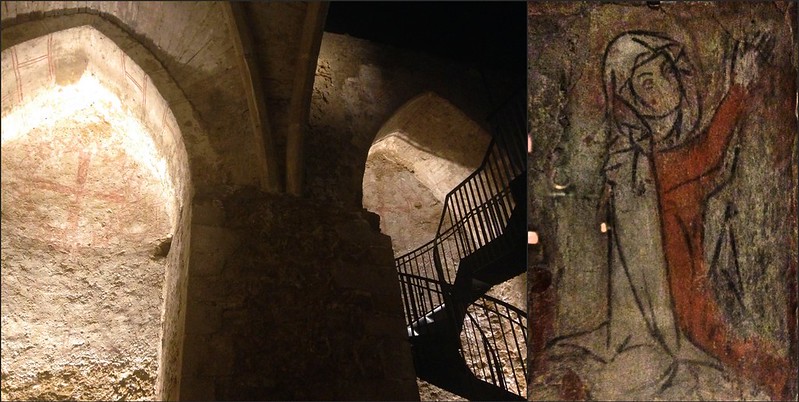 It’s actually illegal to touch the books in the Österreichische Nationalbibliothek, because … Austria. It’s more of a royal archive than a library, but either way, the only real reason to come here to take photos of the beautiful State Hall. 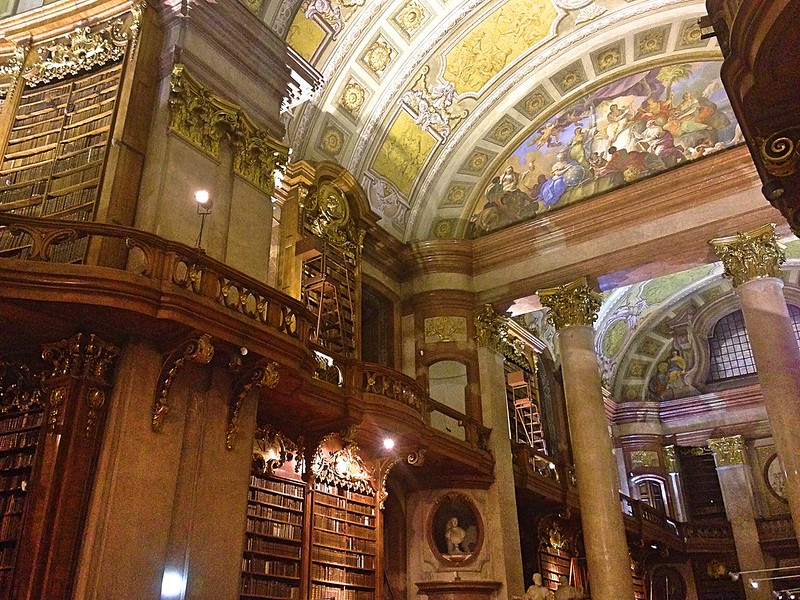 Narren means fool and turm means tower. Yes, this is the very PC name of the city’s long-time insane asylum, before the thing was converted into a museum of human anatomical deformities. The three-story medical horror show is not for the faint of heart, and I’ve officially seen enough syphilitic limbs in formaldehyde to last me a lifetime. Moving on. 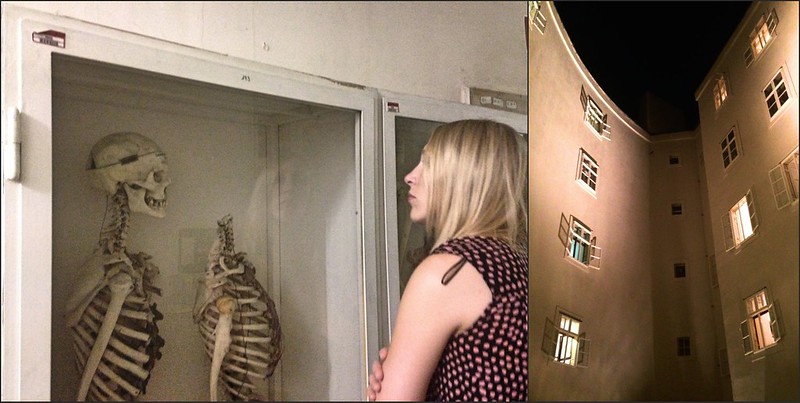 To steady our nerves after the Narrenturm, we finished off the night at a “champagne museum.” Seriously, this was a part of our ticket package! Anyway, the short tour of the Schlumberger champagne cellars was neat, though I understood none of it since it was in German. But, hey, I had no complaints about the free sample. 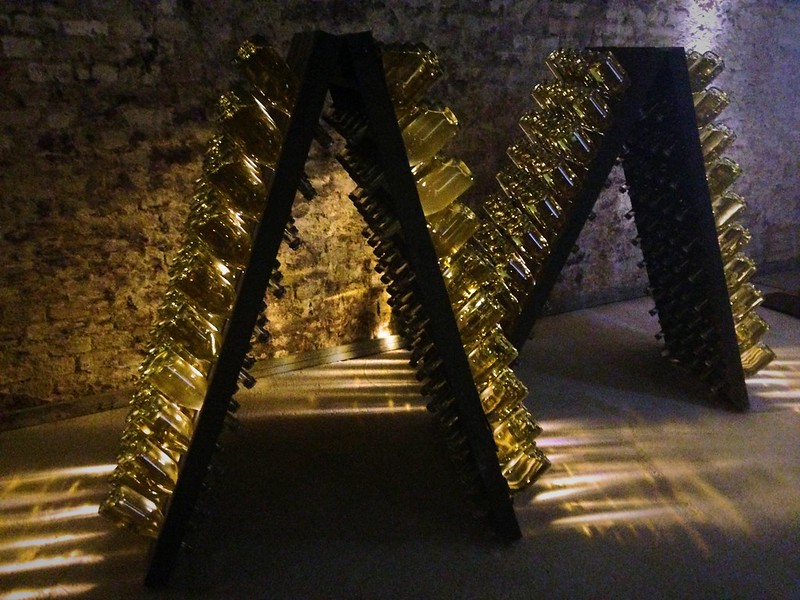 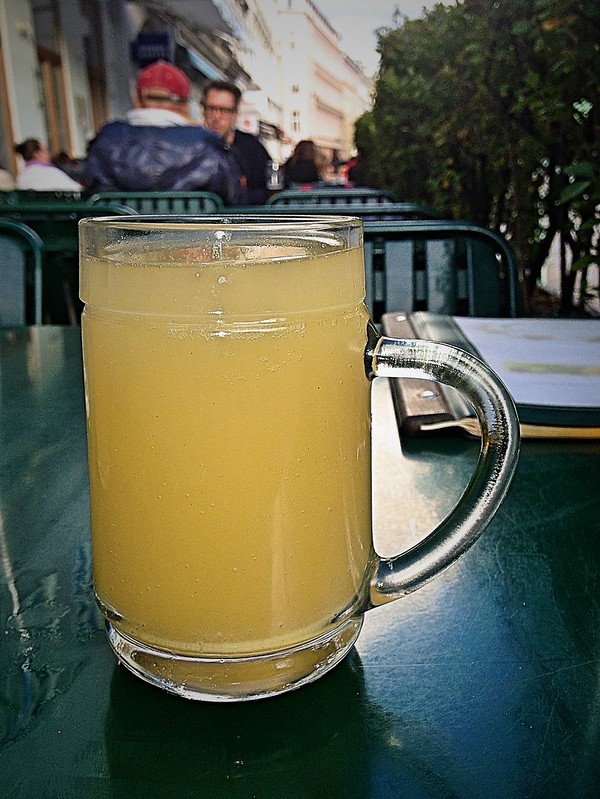 One thought on “Autumn in Austria”